Writing result-oriented ad copy is difficult, as it must appeal to, entice, and convince consumers to take action.

We Are The Mighty | By Eric Milzarski

Everyone always remembers the sheer badassery and battle prowess of the vikings, the samurai, and the Roman legionnaires — but the Winged Hussars of the Polish-Lithuanian Commonwealth a rarely find a way into the conversation.

Don't let the flamboyant wings fool you. These shock troops were some of the most devastating cavalrymen to ever mount a horse.

When history buffs bring up the three most formidable empires in history, they'll often include the Ottoman Empire, the Russian Empire, and the Khanates. Smack dab in the middle of those three was the little commonwealth of Polish-Lithuania. As history buffs also know, everyone always tries to come grab a piece of Poland. What kept them at bay for so long were Winged Hussars.

The Ottomans? The Hussars charged through Vienna like it was nothing. The Russians? They toppled Ivan the Terrible in the dead of winter. The Khanates? There's a reason the Mongols, and, eventually, the succeeding khanates, never made it past Poland and into Europe.

Creighton Abrams may be remembered for it, but Polish-Lithuania lived by the mantra, "they've got us surrounded again? The poor bastards..."[/caption]

It might sound silly that heavily armored cavalrymen felt the need to include giant, feathery wings on either their saddles or their backs, but it wasn't just a fashion statement — it was an effective strategy.

Hussars were shock troops, meaning that they needed to instill as much fear as they could as fast and effectively as they could — before the enemy has a chance to realize what's going on. In an era when it was unlikely that you'd ever even see a neighboring city, what were you supposed to make of the rapidly approaching, heavily armed legion of vengeful, glittering angels?

Marching into battle looking like Roman angels was steeped religious symbolism. After all, Polish-Lithuania was (and Poland remains) a very Roman Catholic nation.[/caption]

As new technologies are introduced to the battlefield, old tactics get thrown out. No single piece of military tech changed warfare quite like firearms.

Firearms instantaneously made arrows obsolete and swords pointless — if you can keep your distance. The Hussars never really got the memo, though, and they'd still charge into battle, decked-out in armor that could take a bullet or two and close the distance before their enemy got a chance to reload.

The Hussars eventually got their own firearms, which meant their enemies now had to deal with a heavily armored Hussars charging at them with spears, swords, warhammers and rifles.

Best thing about a sword is that you never have to reload it.[/caption]

Everyone praises the Spartans for pitting 300 troops against the mighty Persian army. But when you start looking deeper into it, you'll quickly realize there are plenty of things they left out for the sake of the comic (and, later, film adaption), like the actual numbers of Greeks aiding them and how poorly trained most of the Persians were. The Spartans were bad*sses, yes, but some elements of their most famous tale are questionable.

Want to know who undoubtedly pulled off a heroic victory when faced with 62-to-1 odds? The Polish Winged Hussars.

A 400-strong Hussar unit was being attacked on two fronts by the 25,000+ Crimean Khanate forces and they were backed into the tiny village of Hodow. The Hussars had only a single night to turn the town into a fortress, to defend themselves with no supplies and no backup.

The Crimean forces raided the half-defended town and ran out of ammunition so fast that they needed to turn enemy arrows fired at them into improvised rounds for their long rifles. Six hours of intense fighting later and the Crimean Khanate started to retreat. The dust settled and thousands of the Khanate Tatars lay dead on the floor while less then a hundred Hussars had fallen.

Seriously, Hollywood? Why isn't this a movie yet?[/caption]

As tanks took over the battlefield, people generally stopped riding into battle on horses. For the Polish, that was kind of true. Officially, the Winged Hussars ended in the 1770s because of political reforms, but heavily geared-out, horse-mounted, Polish troops existed throughout World War I and World War II

Since Poland was being attacked from all sides and had little room to breathe, local militias needed to pick up some of the slack. The militias didn't have tanks, but the farmers did have horses, rifles, and an undying will to fight.

Join Our Newsletter and Get the Latest
Posts to Your Inbox

Thank you! Your submission has been received!
Oops! Something went wrong while submitting the form.
END_OF_DOCUMENT_TOKEN_TO_BE_REPLACED
Local News 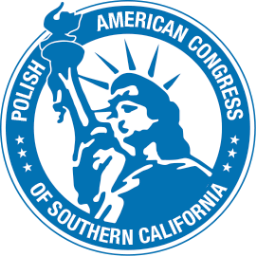